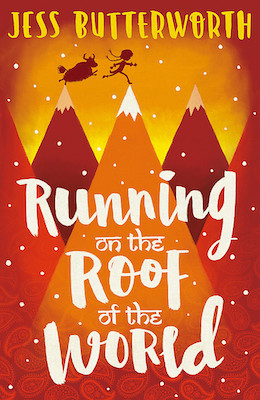 Running On The Roof Of The World

Join 12-year-old Tash and her best friend Sam in a story of adventure, survival and hope, set in the vivid Himalayan landscape of Tibet and India. Filled with friendship, love and courage, this young girl’s thrilling journey to save her parents is an ideal read for children aged 9-12.

There are two words that are banned in Tibet. Two words that can get you locked in prison without a second thought. I watch the soldiers tramping away and call the words after them. ‘Dalai Lama.’

Tash has to follow many rules to survive in Tibet, a country occupied by Chinese soldiers. But when a man sets himself on fire in protest and soldiers seize Tash’s parents, she and her best friend Sam must break the rules. They are determined to escape Tibet – and seek the help of the Dalai Lama himself in India.

And so, with a backpack of Tash’s father’s mysterious papers and two trusty yaks by their side, their extraordinary journey across the mountains begins.