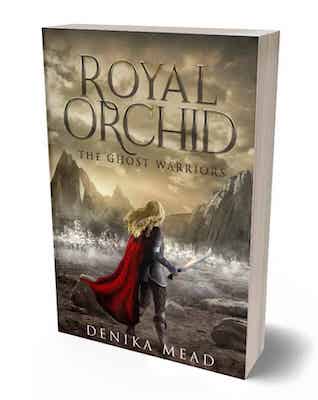 A dragon’s curse. A trove of buried secrets. An army sent to destroy Earth.

Ivy’s peaceful life is shattered when her father, King Leor, is captured, thrusting the Kingdom into turmoil.

With only a mysterious note from the kidnappers to guide her, Ivy must rally the Crystal People. But will they follow her?

Fighting to protect the Kingdom and Earth itself, Ivy must face the vengeful Bloodmaster and his undead army bent on wiping out all she cares about.

Long buried secrets will be unearthed. What will Ivy do when everything she knew about her past is destroyed?

Be the first to review “Royal Orchid: The Ghost Warriors” Cancel reply