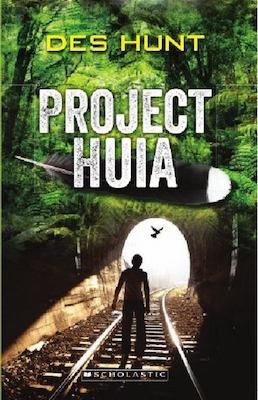 As children, Logan’s grandfather and his sister Mavis spotted a beautiful and unusual bird in the kowhai tree outside their house: it was a huia, which was believed to be extinct.

In an attempt to photograph it they tracked it deep into the Manawatu Gorge. This was a dangerous journey, made even more so when the Carson boys got wind of their mission and decided to try and find the bird first so they could shoot it and sell its highly valuable feathers.

More than 60 years later, 11-year-old Logan has returned to the Manawatu with Grandpop and a scientist to try to solve the mystery of what happened to the huia all those years ago. Can the group rely on Grandpop’s version of events, and find the huia’s final resting place? Will the huia still be there, and will its DNA still be valuable for scientific research into NZ’s native fauna? Not if the Carsons have anything to do with it …