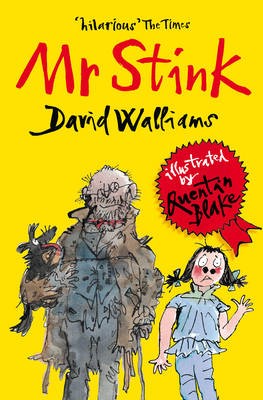 Mr Stink stank. He also stunk. And if it is correct English to say he stinked, then he stinked as well. He was the stinkiest stinky stinker who ever lived…

It wasn’t Mr Stink’s fault that he stank. He was a tramp, after all. He didn’t have a home and so he never had the opportunity to have a proper wash like you and me. After a while the smell just got worse and worse…

His beard was full of old bits of egg and sausage and cheese that had fallen out of his mouth years before. It had never been shampooed so it had its own special stink, even worse than his main one.