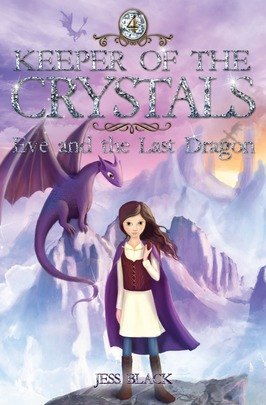 Keeper Of The Crystals – Eve And The Last Dragon

Eve turns up unannounced at her Nan’s house with Oscar in tow. It’s time to open the wooden box. The one her Nan had warned them was far too dangerous to go near. A crystal dragon figurine thrusts Oscar and Eve into a medieval world of dragon slayers, fire breathing dragons, castles and moats. It’s a world at war. Can Eve and Oscar befriend these creatures and help save them from extinction?

Keeper of the Crystals is an adventure fantasy series full of secrets and mystery. Eve and Oscar, two unlikely friends, accidentally tap into the power of crystals. They are thrust into different and dangerous worlds where unicorns, tigers, dragons and panthers communicate with people and where native communities and their way of life are under threat. What are the secrets of the crystal keeper and why does Eve have these powers?