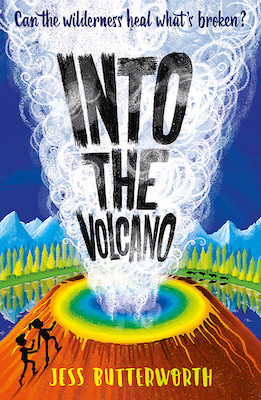 From Jess Butterworth comes another beautifully written adventure set on top of a super volcano, about coming to terms with grief, letting go of anger at the world and finding hope and joy in the most unexpected of places

Vivi and Seb live halfway across the world from each other, living completely separate lives, until a terrible event unexpectedly makes their paths collide.

Seb’s best friend Clay was injured in a shooting, and Seb believes there’s a rainbow pool in the heart of Yellowstone National Park that will help heal him heal. Meanwhile, Vivi is feeling lost, wishing she could find a way to honour her grandmother, who didn’t survive the same shooting.

When they meet at the memorial and Seb tells Vivi what he wants to do, Vivi is convinced that her grandmother would have wanted her to go with Seb to help his friend.

But the park is filled with dangerous creatures, and when Seb is injured in one of the volcanic springs, it becomes a race for survival as they try and make their wish and find their way out of the wilderness.

Told through multiple viewpoints and set between the US and the UK, this is another heartfelt middle grade adventure from award-winning author Jess Butterworth

Be the first to review “Into The Volcano” Cancel reply