View cart “First To The Top” has been added to your cart. 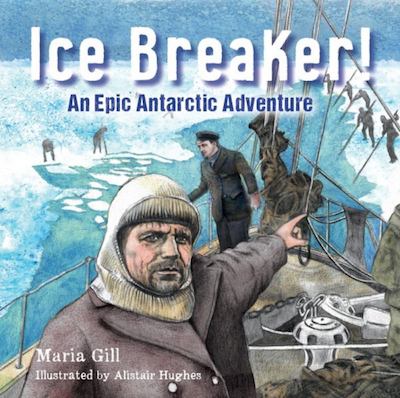 Much has been written about explorer Ernest Shackleton’s three courageous expeditions to the Antarctic. What is not so well-known is the crucial role that Captain Frank Worsley played in saving the lives of the crew of Endurance after it got stuck in ice floes and broke apart during the attempt to traverse the Continent in 1914.

After abandoning their ship, in the Weddell Sea, Frank led marches across the ice in the hope of reaching land. When their ice flow split, endangering all their lives, the survivors boarded three small lifeboats. Frank navigated them to Elephant Island during a terrific storm. When they found the island uninhabited, Frank led a six-man rescue party 1300 kilometres overland to a whaling station in South Georgia.

Without his precise navigation skills and incredible determination, the rescue party would never have made it. One day after reaching the whaling station, he set out again to go back and rescue the other members of the lifeboat party.

Written by Maria Gill, with water colour illustrations from Alistair Hughes, this true story is a fast paced adventure that feels like you’re reading fiction. It is perfect for any child with an interest in Antarctic exploration or ships and navigation. Illustrations of the wildlife help to bring the continent to life in your imagination, and one or two maps are a great accompaniment to the story. The tale itself is enough to keep you on the edge of your seat and is only improved by Maria Gill’s thrilling writing. The icing on the cake is the little titbits of Antarctic facts and some fascinating photographs from the real expedition.

Ice Breaker! is perfect for readers aged 8+ and could make for a great classroom read.

Be the first to review “Ice Breaker! An Epic Antarctic Adventure” Cancel reply