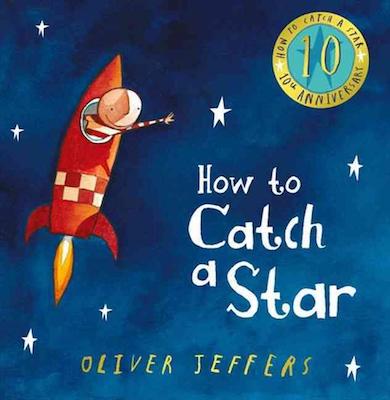 How To Catch A Star – 10th Anniversary

Celebrate the 10th anniversary of world-renowned illustrator Oliver Jeffers’ debut picture book, the much-loved How to Catch a Star!

Oliver and HarperCollins are proud to mark the anniversary in style with this exquisite gift edition, including a letter from the author and previously unpublished drawings – a book that no Oliver Jeffers fan will want to be without!

Once there was a boy, and the boy loved stars very much. Every night he watched stars from his bedroom window and wished that he had one of his own. He dreamed of how this star might be his friend and how they would play together. So one day, the boy decided to try and catch a star…but first he had to think of a plan.