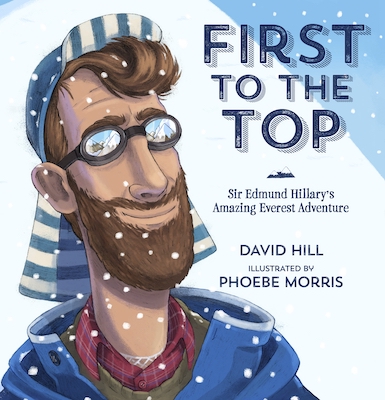 First To The Top

Meet Sir Edmund Hillary, a shy but determined beekeeper from New Zealand who dreamed of being the first person to climb to the summit of Mt Everest, the world’s tallest mountain.

Up on the world’s highest mountain, the sky is tinged the black colour of space and the air is almost too thin to breathe.

How did Ed, a small, shy boy from the tiny town of Tuakau in New Zealand, grow up to become the world’s most famous mountaineer and adventurer? How did he climb Everest and do so many other astonishing things?
It’s a story about courage, skill and determination, and an inspiration to anyone who dreams of reaching the top.

David Hill and Phoebe Morris’s award-winning picture book tells the story of Sir Ed and his climb to the top of Mt Everest.

Be the first to review “First To The Top” Cancel reply