View cart “From Moa to Dinosaurs” has been added to your cart. 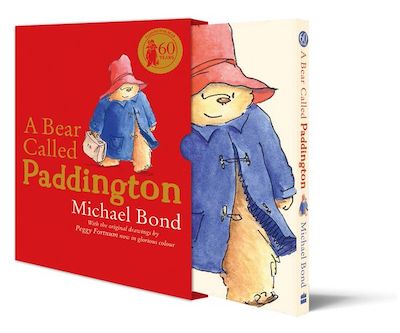 “A bear? On Paddington station?” Mrs Brown looked at her husband in amazement. “Don’t be silly, Henry. There can’t be!”

Paddington Bear had travelled all the way from Darkest Peru when the Brown family first met him on Paddington station. Since then their lives have never been quite the same… for ordinary things become quite extraordinary when a bear called Paddington is involved.

Since A Bear Called Paddington was first published in 1958, the character of Paddington has won the hearts and minds of over 35 million readers the world over, and he is now the star of two major movie box office hits. Paddington Bear ranks alongside other beloved character such as Winnie-the-Pooh, and Mary Poppins as an essential part of our literary heritage.